‘’ Achieving flexibility under GMP regulations was exactly one of the big challenges of the project, for which we managed to propose a clever solution that had not been implemented on other facilities at the client. ‘’

Please describe me your current role

As an Automation Engineer, I am responsible for carrying out projects of new production plants for pharmaceutical ingredients, as well as expansions or modifications on already running facilities. Moreover, it consists of the electrical, instrumentation and control systems of the projects, from concept to execution, until the qualification under GMP compliance.

At this position, engineers are not only responsible for technical tasks, but also for coordinating the installation on-site, as well as interface with several teams and suppliers. This requires the ability for planning, assessing and prioritizing, which makes for a demanding but really dynamic and rewarding role.

What was the main goal of your project and how did you get involved?

Right after my start at the client, I got involved in a special project which consisted of a mixed lab and production facility. It needed to offer the flexibility of laboratory installations with capabilities of small-scale industrial production, in a fully GMP compliant environment. Due to team changes briefly after my start on the project I assumed the position of leader on the automation division of the project.

Achieving flexibility under GMP regulations was exactly one of the big challenges of the project, for which we managed to propose a clever solution that had not been implemented on other facilities at the client so far. The project is now finished, and it might start running later this year. I am currently heading to another big scale project at the same client. 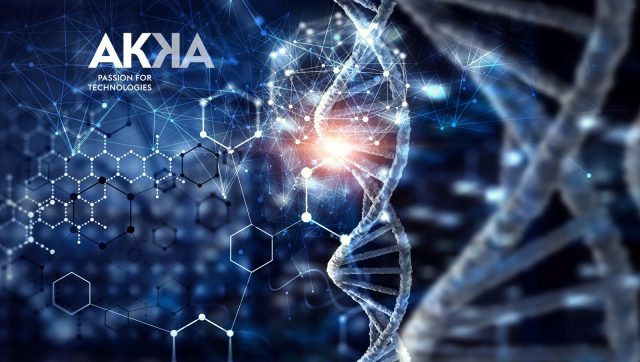 Being quite honest, AKKA is the first service provider company that I ever work, so it was a really new experience from the very beginning. At the same time, there are a lot of employees from other service providers working at the client I am currently in, and I have always heard about these as companies that “simply disappear” after these people started working at the client, making solely the task of forwarding payments. And that got me really impressed because my experience has been exactly the opposite.

Even working every day at the client, my AKKA manager regularly follows my assignments, checks on my well being and comes on site to meet me – which is not that easy on COVID times – which makes me feel actually supported. on top of that the access to AKKA’s digital learning tools offers many training options. I really appreciate the interest on continuous learning from the company and I have been using these platforms a lot.

How do you see the Life Sciences industry in the future?

Even though the Life Sciences branch faced a boom after the beginning of the Coronavirus pandemic in 2020, I believe this will always be a field with high demand. Medical research will never stop trying to find solutions for the conditions that affect human health, as well as technology increases the range of possibilities for new discoveries and solutions. For the same reason, the challenges for the Life Sciences industry – as well as most of the branches – tend to get more and more complex over time, hence demanding skilled professionals to overcome the challenges.

Do you want to discover more about AKKA Switzerland? Click HERE