Reference is made to the offer document dated 6 March 2020 (the “Offer Document”) regarding AKKA Technologies SE’s (“AKKA” or the “Offeror”) mandatory offer for all shares in Data Respons ASA (“Data Respons”) not owned by AKKA, against settlement in cash of NOK 48.00 per share (the “Offer”).

As a result of acceptances of the Offer, acquisitions outside the Offer and previous acquisitions, as of 13 March 2020 AKKA owns or has received acceptances for a total of 69,667,008 shares, representing in total 92.26% of the share capital of Data Respons.

Given that AKKA now holds more than 90% of the share capital of Data Respons, a compulsory acquisition (a squeeze out) of the remaining shares not owned by AKKA and a delisting will be carried out in due course. 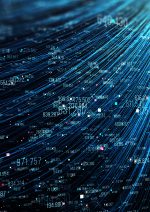