A SUCCESSFUL YEAR WITH SOLID FUNDAMENTALS

“AKKA continues to build up the future and delivered solid performance in 2019. The Group achieved its margin guidance despite a Q4 slowdown. The integration of PDS Tech in the US and the constitution of half a billion euros digital platform with the acquisition of Data Respons ideally positions AKKA to capture our market’s expected future growth.”

The statutory auditor, EY Réviseurs d’Entreprises SRL, has confirmed that their audit procedures, which are substantially complete, have not revealed any material mistatement which would have to be made to the accounting information included in this press release. 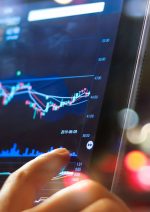