AKKA announces the acquisition of CTP systems and Edelway

AKKA announces the acquisition of CTP SYSTEM in Italy and EDELWAY in Switzerland, two engineering companies that specialise in life sciences and have developed their operations internationally alongside major pharmaceutical companies.

The Group is pursuing its strategy of increasing its value added while ramping up its technological offerings and enhancing its geographical, customer and sector diversification. Following the recent acquisitions of BERTONE and ERLKÖNIG, and with exclusive negotiations now underway with the shareholders of GIGATRONIK with a view to that company’s acquisition, AKKA is forging ahead with its targeted and accretive acquisition strategy.

The Group’s know-how in terms of acquisitions and integration, and its ability to combine organicgrowth and external growth have enabled it to reach critical mass in Italy and Switzerland. With Germany, Belgium and France, AKKA now has significant size in five major European countries.

AKKA has had acknowledged expertise in the life sciences in France and Belgium for over 20 years. Early in 2016, the Group announced its intention of expanding its life sciences activities by deploying its know-how internationally (process engineering, equipment, general facilities, regulatory affairs, quality assurance, project management, etc.). The acquisitions of CTP SYSTEM and EDELWAY contribute to the acceleration of this deployment strategy in Europe and throughout the world. Following these acquisitions, AKKA LIFE SCIENCES will generate nearly 7% of the Group’s revenue (4% previously), with firm foundations in the main European countries.

AKKA, CTP SYSTEM and EDELWAY offer a compelling complementary fit in terms of geography, customers and above all know-how. EDELWAY, specialised in all areas of systems and information technologies, upstream and downstream of the Life Science’s product development cycle, and CTP SYSTEM, downstream of the cycle, blend seamlessly with AKKA’ expertise in the life sciences.

These acquisitions reinforce the AKKA LIFE SCIENCES’ positioning as an engineering development partner for healthcare industries throughout the V cycle, from design to production and qualification. They will also allow it to help large pharmaceutical companies meet their digitisation challenges, thereby compounding its growth potential.

CTP SYSTEM: Founded in Italy in 1990, CTP SYSTEM now has more than 180 highly skilled employees and enjoys strong revenue growth. It is expected to post revenue of nearly €18 million in 2016.

CTP SYSTEM has developed leading know-how in engineering, facility qualification and process validation, regulatory affairs, quality assurance and IT compliance. It generates most of its revenue in Italy, and since 2006 has deployed its know-how internationally, particularly in the Middle East and Asia. CTP SYSTEM derives 80% of its revenue from turnkey projects.

EDELWAY: Founded in 2007 in Zurich, EDELWAY has expanded rapidly in Switzerland. It began its international expansion in Spain in 2015, where it is already delivering very strong growth. Employing 170 experts, it recorded revenue of nearly €27 million in 2016.

EDELWAY assists its customers in the high value-added fields of industrial computing and information systems in Life Sciences industry, particularly indispensable for traceability, equipment qualification and the filing of applications to health authorities for the approval of medicinal products. Its frontranking expertise has enabled it to develop close ties with its customers, notably with the 10 biggest healthcare companies worldwide. 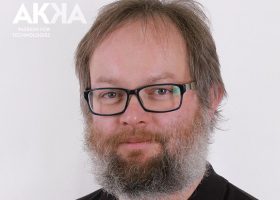 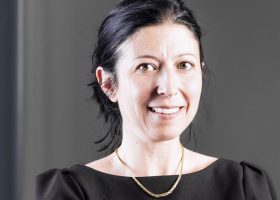 Nathalie Buhnemann – Digital transformation in the support functions of businesses 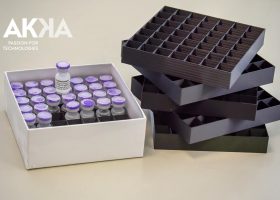 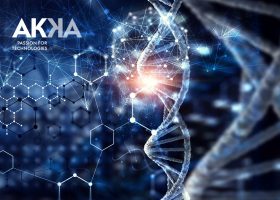