With revenue exceeding €1.3b, AKKA launches its strategic plan clear 2022

✓ Growth accelerated during the fourth quarter in our three Business Units (BU). This was sustained by the numerous projects won in digital technologies, in the automotive, aerospace, railway and energy sectors.

✓ This strong recruitment momentum will sustain the Group’s development internationally and in the new digital technologies sector.

✓ With sales of €551.7M, France recorded excellent economic growth of 9.2% for the whole of 2017. The acceleration observed during the first nine months of the year increased in Q4. Economic growth amounted to 11.6% for this quarter. In a dynamic environment, AKKA accelerated its market share gains in the digital technologies sector. This acceleration was supported by the strong recruitment momentum. The BU hired 650 engineers and reached 7 000 collaborators at the end of 2017. This dynamic indicates continued strong growth for 2018.

✓ Germany achieved a revenue of €486.2M, up 25.7% for the whole of 2017. Economic growth amounted to 5.6% for the period, at the same pace as in the first nine months of the year. The integration of GIGATRONIK continued successfully, with the deployment of its digital activities across the rest of the Group. After winning its first project to design an autonomous vehicle (Autonomous Driving Assistance Systems) worth €7.5M at the end of 2017, in late January the BU won a €28M contract regarding strategic activities for the VW Group. Other contracts are expected to follow . They reflect the success of the BU’s digital positioning and its potential for growth.

✓ The Group’s international activities (excl. Germany) recorded a revenue of €296.4M in 2017, up 30.7%. Economic growth touched 10% and further acceleration was observed in the fourth quarter (+14.7%). This respectable momentum was sustained by the excellent performance of the Life Sciences activity, which increased organically by 20% in Q4. Italy (+23% in Q4) and Eastern Europe (Romania, Turkey and the Czech Republic) also drove the BU’s growth. North America and Asia experienced a strong momentum as well, indicating an acceleration of the Group’s development in these regions.

Positive momentum driven by our digital positioning in all sectors

✓ Digital technologies and the technologies of the future constitute a major transversal and international development axis. The Group’s expertise in these domains has been greatly strengthened by the recent acquisitions of Auronik, Erlkönig and GIGATRONIK. This expertise is recognised by its clients and has enabled the Group to win many contracts. Most significant wins:

✓ Besides, the Group was awarded in February 2018 for the 3rd year running the “Top Employers” certification in France, and in Germany (Certification “Top Employers Engenieure Deutschland” for our subsidiaries AKKA Germany et MBtech in Germany). This certification led by an independent body recognises every year the best companies in the world in the field of human resources and staff management. AKKA was awarded this year for the quality of its work environment and its ability to encourage talent development.

✓ 2017 – The Group exceeded its objectives in terms of revenue and margins for the fourth consecutive year. The strong momentum of its activities in mobility enabled it to achieve organic growth of 8% in 2017, which is amongst the best in the technology consulting sector.

✓ 2018 – The strong recruitment momentum observed in 2017 continued in January 2018. Combined with the increase in the number of digital technologies projects, this momentum indicates a solid growth dynamic and further margin improvements for 2018. 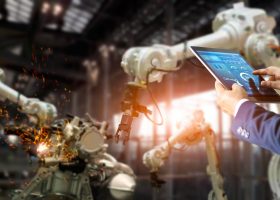 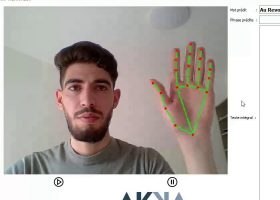 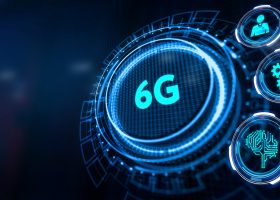 Connectivity and Beyond: AKKA Research as keynote speaker at EuCNC & 6G Summit 2021.