Brussels, 6 October 2020 – For several months, the management of AKKA has been communicating its desire to strengthen the Company’s balance sheet, which was brutally impacted by the COVID-19 crisis in the first half of 2020.

While the transformation of the company has been accelerated, the Board of Directors has examined various options to ensure that the Group benefits from a strengthened financial structure and greater agility in the aftermath of the crisis. In this context, the Board of Directors, which met on 5 October 2020, approved a €200 million reserved capital increase under the authorised share capital regime.

“I am delighted to welcome CNP as a partner of AKKA and its managers, for a long-term collaboration. CNP is a long-term investor, whose share capital is family-held, which accompanies the development of European sector leaders.”

“AKKA’s Board of Directors considered that a reserved capital increase was in the interest of all shareholders. Thanks to its rapid implementation, management can remain focused on the Group’s path out of the crisis and on its objective of restoring the Group’s operating profitability by 2020. It also provides an equity injection at a subscription price representing a significant premium over the average share price over the last thirty trading days .”

“With CNP’s investment and the renewed commitment of the Ricci family, which keeps the majority of the voting rights, AKKA will benefit from a stronger balance sheet and additional resources to continue its transformation and accelerate its development”, commented Mauro Ricci, Chairman and Chief Executive Officer of AKKA.

“We are pleased to invest alongside the Ricci family group in AKKA, a major player in the engineering and digital sector in Europe that has demonstrated strong financial performance over the cycles. We share and wish to support the strategic vision of AKKA and its management, and are convinced that CNP Group has the necessary assets to support AKKA’s operational and financial development to continue the work undertaken by AKKA and its shareholders for more than 35 years”, added Xavier Le Clef, Chief Executive Officer of CNP S.A..

The Ricci family group and Swilux S.A., an investment company wholly owned and controlled by Compagnie Nationale à Portefeuille, entered into a shareholders’ agreement. Under the terms of this agreement, Compagnie Nationale à Portefeuille has the right to submit the appointment of a Director to the Board to the General Assembly for approval as well as various provisions that do not affect the conduct of day-to-day business. The Ricci family group will retain exclusive control of the AKKA Group.

The announcement required by the related party rules is set out in the appendix.

CNP is an investment firm founded by Mr. Albert Frère and exclusively controlled by the Frère family. CNP invests its permanent capital in European listed and private industry leaders and acts as an active partner to drive sustainable value creation alongside the founders, management and families it associates with. Together with GBL, CNP is one of the 2 pillars of Groupe Frère that manages net assets of approximately € 5,5Bn.

AKKA is the European leader in engineering consulting and R&D services in the mobility segment. As an innovation accelerator for its clients, AKKA supports leading industry players in the automotive, aerospace, rail and life sciences sectors throughout the life cycle of their products with cutting edge digital technologies (AI, ADAS, IoT, Big Data, robotics, embedded computing, machine learning, etc.).

Founded in 1984, AKKA has a strong entrepreneurial culture and is pursuing its fast-paced growth and international development in line with its CLEAR 2022 strategic plan. With 22,000 employees, who are passionate about technology and dedicated to advancing the future of industry, the Group recorded revenues of €1.8 billion in 2019.

Following the completion of the friendly take-over bid of Data Respons launched in January 2020, AKKA now holds 100% of the company’s shares; with the success of this operation, AKKA leverages the most comprehensive portfolio of digital solutions in Europe to harness the growing demand from its customers in the mobility sector.

Public announcement pursuant to article 7:97, §4/1 of the Companies Code and Associations relating to a related party transaction

The Board of Directors of the Company held on 5 October 2020 decided to enter into a subscription agreement between (i) the Company, (ii) Swilux S.A., (iii) Swilux S.A. and (iv) the Company. (a subsidiary of Compagnie Nationale à Portefeuille SA (CNP)) and (iii) [Mauro Ricci, Jean-Franck Ricci, Cécile Monnot, Benjamin Ricci, Charlotte Ricci, Nicolas Valtille (including his management company) and Nathalie Buhnemann (including her management company) (“Ricci Family Group “). Swilux S.A. is not a related party to the Company. However, the members of the Ricci Family Group are related parties of the Company within the meaning of article 7:97 of the Belgian Code of Companies and Associations (the “Code”).

In this context, the Board of Directors applied Article 7:97 of the Code, relating to decisions and transactions concerning a party related to the Company. This provision implies, among other things, the intervention of a committee of independent directors to give an opinion to the Board of Directors. The conclusions of this opinion are set out at the end of this communication.

In addition, this provision provides that when the decision or transaction involved a Director, he or she does not take part in the deliberations or vote of the Board of Directors. The Directors which are concerned are: Mauro Ricci, Jean-Franck Ricci, Nicolas Valtille, Charlotte Ricci and Cécile Monnot. These Directors are part of the “Ricci family group” concerted action and are parties to the subscription agreement (and the shareholders’ agreement referred to below). These directors therefore did not participate in the deliberations or votes.

The Company has also applied Article 7:96 of the Code, relating to decisions in which one or more Directors have a direct or indirect interest of a proprietary nature that is opposed to the interest of the Company. This provision also provides that these Directors do not participate in the deliberation or voting. The Directors concerned are those indicated in the preceding paragraph.

The Capital Increase will strengthen the Company’s capital structure and improve its financial ratios. It will support and accelerate the Company’s transformation and growth, including possible future external growth opportunities. In addition, it will enable the Company to attract a reputable investor, CNP.

The effective completion of the Capital Increase is subject to the receipt of customary regulatory approvals, as indicated in today’s press release. The Capital Increase will take place within the framework of the authorised capital. It will necessarily imply a cancellation of the preferential subscription right of the existing shareholders in favour of these subscribers, who are specific persons. This will enable the new shares to be allotted to the subscribers in accordance with the subscription agreement.

To the extent that the Subscription Agreement provides for a premium, existing shareholders who do not participate in the Capital Increase will see the economic value of their share portfolio increase as the premium paid by the Subscribers will benefit all shareholders.

In addition, the undertakings and representations and warranties of the Company resulting from the subscription agreement are in line with market practice and do not impose any excessive burden on the Company.

The conclusions of the opinion of the Committee of Independent Directors are as follows:

“The Committee therefore issues a favourable opinion on the subscription by the Ricci Consortium in the context of the Capital Increase.”

The Committee therefore delivered a favourable and unqualified opinion. The above constitutes the “decision” of the Committee within the meaning of the above-mentioned article 7:97. The Board of Directors followed the opinion of the Committee.

The auditor’s assessment of the committee’s opinion and the minutes of the board meeting is as follows:

“Based on our limited review, conducted in accordance with IEMR 2410 “Limited review of interim financial information by the entity’s independent auditor” and applicable standards of the “Institut des Réviseurs d’Entreprises / Instituut der Bedrijfsrevisoren”, nothing has come to our attention that causes us to believe that the financial and accounting information contained in the minutes of the Board of Directors’ meeting of October 5, 2020 and in the report of the committee of independent directors in accordance with article 7: 97 of the Companies and Associations Code would contain significant inconsistencies with the information available to us in the context of our assignment.

However, we do not express an opinion on the values included in these documents, nor on the appropriateness of the decision of the board of directors. “ 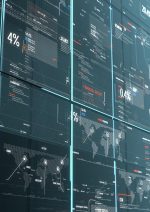