The AKKA Group’s Board of Directors met on March 9th, 2022 and approved the financial statements for 2021. The business environment has continuously improved during the year, yielding into a solid recovery in profitability.

For more information on the definition and details of the calculation of the net debt, leverage and gearing, refer to the Appendix.

The first stage of the transaction announced on July 28th, 2021 closed on February 23rd as The Adecco Group announced that the acquisition of a controlling stake in AKKA Technologies had been completed through the purchase of all holdings from the Ricci family and SWILUX S.A., the fully-owned subsidiary of Compagnie Nationale à Portefeuille SA.

The Adecco Group intends to combine AKKA and Modis. Through this landmark step, the new business will generate around €4 billion of revenues and be the global number two in the ER&D services market with 50,000 engineers and digital experts.

After the closing of the Mandatory Tender Offer, the Adecco Group intends to proceed to a simplified squeeze-out if the conditions for such a squeeze-out bid are met, with a view to acquiring all securities of AKKA Technologies as well as delisting its equity from Euronext Brussels and Euronext Paris. The Group expects such process to be completed by end H1 2022.

The transaction consideration of €2.0 billion in Enterprise Value, reflects an offer price of €49 per share, or Equity Value of €1.5 billion for 100% of outstanding share capital, and accounts for AKKA’s net financial debt as of end June 2021[2]. The agreed purchase price represents an EV/EBITDA multiple of 10.6x 2022e[3].

AGREEMENTS SIGNED BETWEEN AKKA AND THE ADECCO GROUP

As part of the closing announcement on February 24th, 2022, AKKA announced, as required by rules on related party transactions that the Board of Directors decided on February 23rd, 2022 to approve the following agreements between the Company (or its subsidiaries) and The Adecco Group AG (“Adecco”) and its subsidiaries:

Therefore, AKKA will cancel and prepay the bulk of its existing financial indebtedness, due inter alia to the change of control triggered by the Closing. In that context, Adecco has, via its subsidiary Modis International AG, entered into an Intercompany loan agreement with AKKA immediately following Closing to provide it with sufficient liquidity and to allow the Company to cancel and prepay part of its existing debt. The Intercompany Loan Agreement is entered into on arm’s length terms and allows the Company to make drawdowns for a period from the date of the Intercompany Loan Agreement up to and including 31 December 2022 for an aggregate amount not exceeding EUR 800,000,000. Each loan made under the Intercompany Loan Agreement will have an interest rate of 1.167% per annum, a term of two years with the ability to extend for renewable terms of two years and the possibility to prepay with five days prior notice.

TERMINATION OF THE LIQUIDITY CONTRACT

The company confirms that it has terminated the liquidity contract relating to the company’s shares. The execution of this contract had already been suspended in the context of the mandatory takeover bid.

On the back of the current business momentum – and excluding any major deterioration to the current geopolitical environment, notably in Europe – AKKA currently expects revenue for the full-year of 2022 to grow mid to high single-digit.

All the Business Units are expected to contribute to Group’s growth and to achieve an operating margin rate (adjusted) close to the 2019 margin rate.

As the Group’s transformation has been finalized, the one-offs costs are expected to normalize to c. 1% of Group’s revenue.

The Free Cash Flow is expected to be negatively impacted in the first half of the year by the early repayment of c. €100M of social and fiscal charges that had been deferred.

The statutory auditor, EY Réviseurs d’Entreprises SRL, has confirmed that their audit procedures, which are substantially complete, have not revealed material correction which would have to be made to the accounting information presented in the condensed income statement, condensed balance sheet and condensed cash flow statement included in appendix of this press release.

[3] Multiple based on consensus estimates.

are pleased to invite you to a conference call 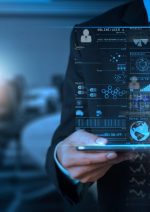