Within AKKA, Nicolas, alongside Mauro and Jean-Franck RICCI, led the development of the Group, in charge of the Group’s support functions. Nathalie Buhnemann succeeds Nicolas Valtille in this role. Nathalie joined AKKA at the end of 2013 as Chief Financial Officer, after having accompanied the Group as an external consultant during the MBTech acquisition in 2012 and after having led audit, consulting and transaction (M&A) assignments at PWC for nearly 13 years. Nathalie Buhnemann has served as CFO of the AKKA Group since 2018 and had since been designated in Nicolas Valtille’s succession plan.

Mauro Ricci, Chairman and Chief Executive Officer of the AKKA Group, said: “I would like to thank Nicolas very much for the role he has played by my side for 20 years in building up the AKKA Group. Nicolas has actively participated in structuring the Group’s support functions and has thus made possible the Group’s very strong growth over the last two decades. If Nicolas withdraws for personal reasons from his executive functions within the Group, I know that he remains a committed shareholder within the family Group. I am convinced that the transition process started two years ago will allow Nathalie to succeed in her new functions, as she is doing as the Group’s CFO. Nathalie is relentlessly pursuing the transformation of our Group which will lead AKKA to restore its margin and then return to growth.” 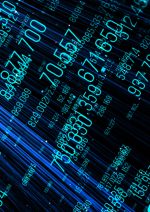