Non-recurring costs relating to the German and French restructuring plans

Brussels, February 11th, 2021 – As announced in its press release published December 28th, 2020, AKKA will account for non-recurring costs relating to the restructuring plans that the Group has decided to implement in Germany and France in its consolidated financial statements for the fiscal year 2020, in accordance with the accounting principles in use.

In addition to the information already provided, as part of AKKA’s FY2020 consolidated accounts closure process, the Group will record a provision of around €80M relating to both restructuring plans. However, this amount is likely to change marginally until the accounts are approved by AKKA’s Board of Directors prior to the FY2020 results publication on March 17th, 2021, as it will depend on the ongoing information and consultation procedures in France and the final terms of the plan’s implementation in Germany. The corresponding cash outflow will be spread over the fiscal years 2021 and 2022.

In addition, as previously indicated, the accelerated deployment of the Group’s transformation plan and the ongoing partial unemployment measures during the second half of 2020 resulted in non-recurring costs of the same order of magnitude as those recognised in the first half of 2020. 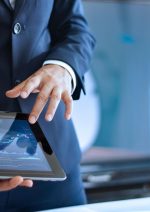 Non-recurring costs relating to the German and French restructuring plans